What Is Hyper-V? [Definition & Uses For It]

Whether you’re just beginning to look into virtualization platform options for your company, or you’re a new Hyper-V user trying to get up to speed, it can be a challenge to find all the information you need in one place. That’s why I created this guide—to give you an all-in-one resource you can bookmark and refer back to as often as you need to, so you can get up and running on Hyper-V more smoothly.Table Of Contents:

To start off here’s a basic Hyper–V definition: Hyper-V is a Microsoft technology that allows users to create virtual computing environments, and run and manage multiple operating systems on a single physical server. But to completely understand what Hyper-V is, you need to first understand virtualization.

Historically, IT departments used multiple physical servers, each with one primary function—for instance, a mail server dedicated solely to handling outgoing and incoming emails. Buying a physical server meant you also had to choose the appropriate CPU and RAM to go along with it. Often, organizations purchased too much or too little of these resources, which meant the server was oversubscribed (underused) much of the time or it was undersubscribed, and therefore less reliable than it should be. It was also costly for such organizations, especially for growing companies, to continually purchase new servers, as they require a lot of energy to run and maintain. Scaling up to meet additional business requirements is an expensive proposition; housing hundreds of servers expanded a company’s footprint to such a degree that, for many organizations, it presented a challenge that was hard to surmount.

That was the case up until 18 to 20 years ago when the first virtualization technologies were introduced. Virtualization technology allowed a single physical server to be “sliced and diced” into individual virtual machines (VMs), which meant that only one server was available for multiple functions. So if you have a 16 CPU physical server with 128 gigs of RAM, you could parse out those computing resources and assign them to various workloads.

Virtualization technology made it possible to scale without the huge footprint required by multiple physical servers. Workloads could be balanced more intelligently because virtualization made it easy to reallocate resources between virtual machines.

Today, virtualization is a fairly standard mode of operation; in fact, more than 75% of organizations currently utilize server virtualization. And that brings us back to the technology that enables virtualization: the hypervisor, and, more specifically, Hyper-V.

What is Hyper-V used for?

Virtualization technologies, or platforms, are more commonly referred to as hypervisors. There are several different hypervisors on the market—Hyper-V is Microsoft’s version; some others that are well-known are VMWare’s ESXi and VSphere, XenServer (Citrix), KVM Open Source Hypervisor and RHEV (Red Hat Enterprise Virtualization). The lion’s share of the virtualization market is currently divided between VSphere and Hyper-V. 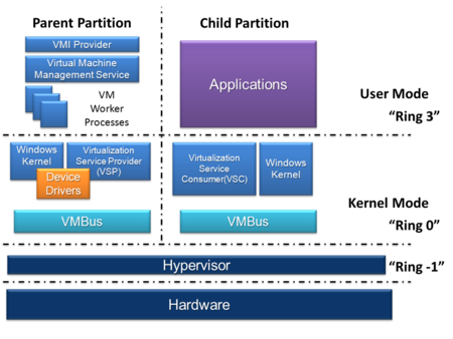 So what is Hyper-V used for? Like all hypervisors, Hyper-V gives you a way to create and manage virtual machines to help you:

Once you’ve created your virtual machines, you’ll also need to manage them. Hyper-V’s suite of management tools makes it possible to:

Having the right management tool is key to your success with virtualization. For more on Hyper-V’s management capabilities, see Chapter 3.

One of the primary reasons organizations turn to Hyper-V is because it’s cost-effective—in fact, the basic Hyper-V tools are free with an enterprise agreement (EA, a volume licensing package offered by Microsoft for organizations with 500 or more computers). You will have to pay for more advanced Hyper-V functions and licensing, but even so, Hyper-V still has an edge over its competitors when it comes to price.

Hyper-V is even more attractive when you consider its similarities with its biggest competitor, VMWare. Because Hyper-V is a solid, cost-effective option, many businesses have been increasingly adopting it, which, in turn, has contributed to an increase in Hyper-V’s overall market share in recent years.

Other benefits of Hyper-V:

Typically you would want to choose just one hypervisor for simplicity’s sake—why manage multiple systems? But there are, sometimes, valid reasons why you would have multiple hypervisors in a virtual environment. This decision could be dependent on your workload; for example, if you use Microsoft Exchange Server for mail, Microsoft highly recommends running it—and all its other products—on Hyper-V.

It’s pretty clear why most organizations are taking advantage of virtualization technology, and why they’re choosing Hyper-V: It’s cost-effective, supports multiple operating systems, and has all the basic functionality you need. Now that we’ve covered the fundamentals surrounding “What is Hyper-V?”, let’s go a bit deeper. Chapter 2 covers some specific Hyper-V terminology, an explanation of the available versions of Hyper-V, and how to get started creating your VMs.

Before taking a deeper dive into Hyper-V, let’s become familiar with the basic virtualization terms, including Microsoft-specific definitions applicable to virtual machines:

Hyper-V has some specific hardware requirements. Most modern hardware (built in the last 10 years) will meet these requirements, but it’s best to check that your system has what it needs to run Hyper-V:

Your system will need to meet some additional requirements if you plan to use some of the more advanced features of Hyper-V; take a look here for more information.

Although these are the minimum hardware requirements for running Hyper-V, you may discover that they need to be fine-tuned to meet your specific application needs. Load-testing before production will simulate the end-user environment and give you the necessary metrics to determine whether you need more CPU or additional RAM, for the machine to sufficiently handle the load. We always recommend adding a 20% buffer to the existing application in the event your application requires additional resources.

To use Hyper-V on a regular desktop or laptop, you’ll need a Professional or Enterprise edition of Windows 8.1 or Windows 10.

There are three different Hyper-V versions available for Windows Server 2016. You can download a free version, which doesn’t include Windows Server guest licenses. There are also two editions of a full Windows Server 2016 Hyper-V server that includes installation of the operating system and the Hyper-V role within them.

Getting Started With Hyper-V

One of the most basic tasks you’ll do in Hyper-V is creating virtual machines. Hyper-V’s wizard-based approach makes the step-by-step process for creating a new VM quite simple.

To do this (and lots of other tasks, such as creating checkpoints and virtual hard disks), you’ll use Hyper-V Manager. It’s a free app included with Windows Server that has some of the tools you’ll need to administer your virtual environment. That said, the capabilities of Hyper-V Manager are limited; it does the most basic VM “CRUD” functions—it can help you create, read (or retrieve), update and delete virtual machines. You’ll need other tools for more advanced management functionality.

To start the process, click “Create VM” within Hyper-V manager. The wizard will then prompt you to: 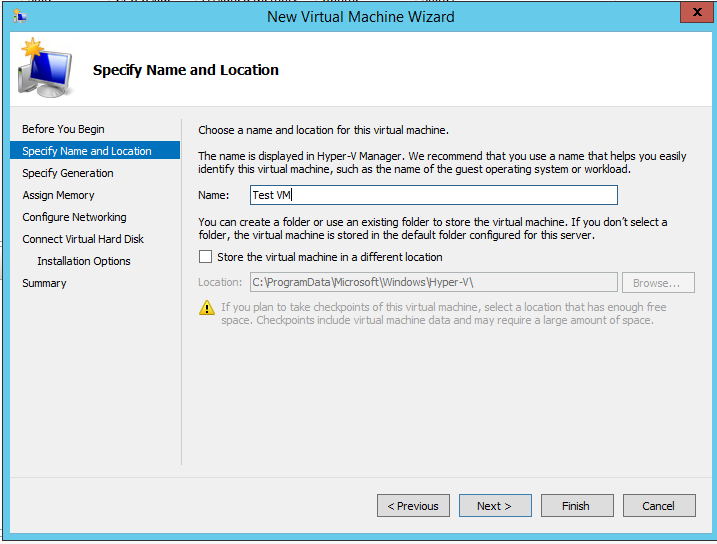 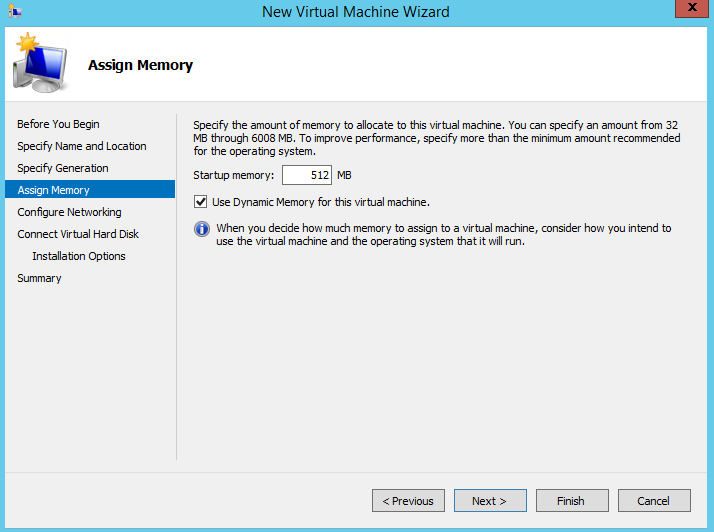 When you’re building your new VM, it’s important to understand your workload and the density you need your VM to support so you don’t overbuy. In the past, it was common to simply buy a lot of storage for Hyper-V, and estimate future computing needs. The problem with that approach was that organizations began to build too many VMs on the same storage technology because they had plenty of purchased room. But having too many VMs accessing the same storage technology slows down the entire system, so this approach isn’t advisable.

Today, the trend is to linearly scale out. The only way to do that with Hyper-V is using technologies like Microsoft’s Storage Spaces Direct (S2D), hyper-converged.

Virtual machines are easy enough to create; the real issue lies in managing them. A large number of VMs (and their accompanying host servers) can be overwhelming to manage. To keep them all running smoothly in conjunction with one another, you need a management tool that will give you clear visibility into all aspects of your server environment. So when it comes to both management tools and policies, it’s wise to have a solid plan in place before you go too far down the virtualization path.

The elements that need to be managed in relation to virtual machine environments are as follows:

While Microsoft’s Hyper-V is a very popular and capable hypervisor, its primary management suite isn’t as intuitive as it may appear at a first glance. Included are five management tools used for performing various Hyper-V management tasks. 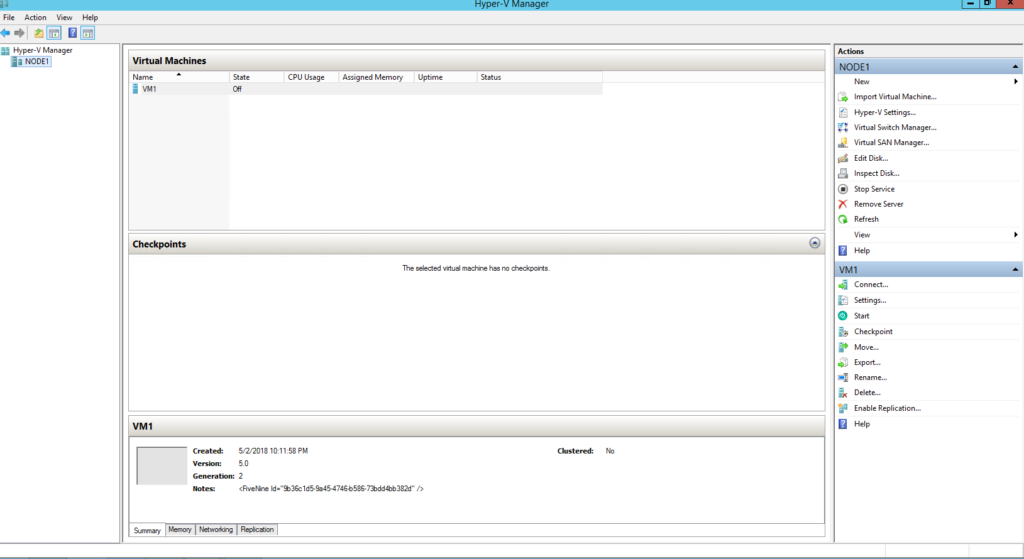 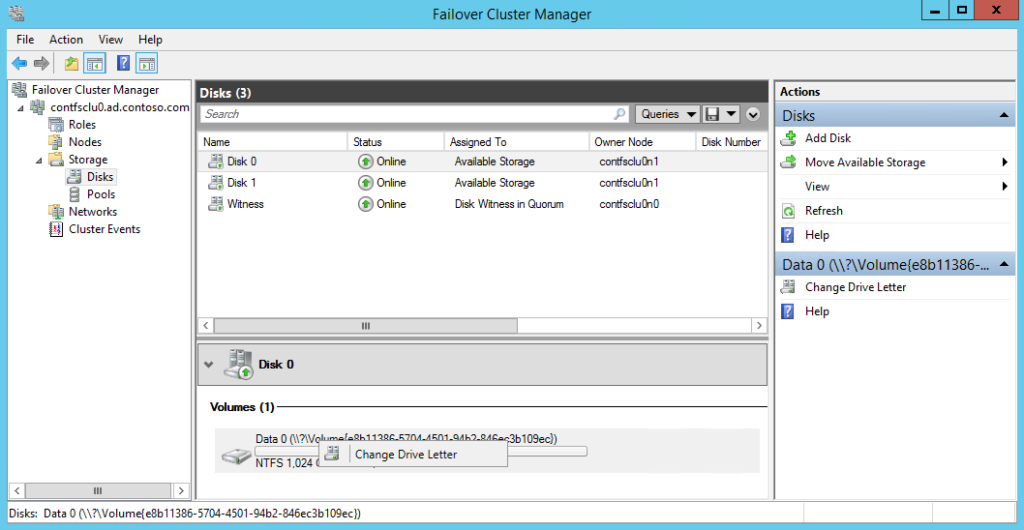 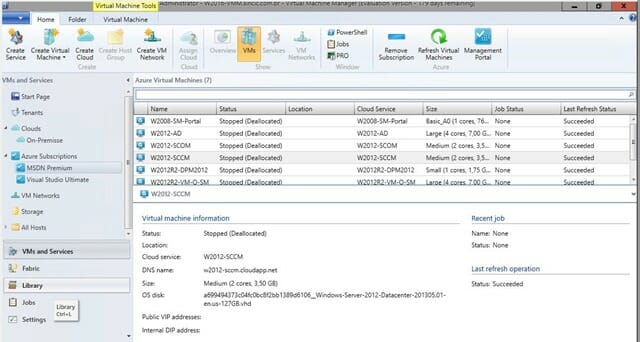 Today’s IT admins look to get the maximum value out of their server hardware without jeopardizing VM performance. And of course, everyone’s always looking to increase Hyper-V speed.

To help you get the most from your server hardware in a Hyper-V environment, evaluate how well your VM resources match the needs of your specific application. The biggest part of performance tuning is application-specific, so it’s important to gather and analyze the appropriate metrics and adjust them as needed. SCOM can be used to monitor virtualization hosts and generate alerts to prevent excessive CPU, storage, or memory utilization on a Hyper-V host. To do this, you’ll need to install Performance and Resource Optimization (PRO)-enabled management packs on the Operations Manager server as well as an Operations Manager agent for each virtualization host and VM. The Operations Manager then collects data about the virtual environment for about a week or two and later generates PRO tips to help you optimize performance. You may get a recommendation to migrate a virtual machine off of a host, or update certain configurations.

Take Control Of Your Virtual Environment