In my 20+ years of experience in the IT industry, I’ve seen few—if any—clients who use a Windows environment exclusively. It’s a heterogeneous world. The reality is, most organizations prefer to choose from a variety of operating systems, software, hardware and hypervisors; depending on what best suits the information needs of the organization. In this day and age, it’s necessary to have a cloud solution flexible enough to support it all.

It’s no surprise that most players in the cloud space are pushing collaborations and creating a new type of partnership ecosystem where multiple vendors’ products complement and support one another. Microsoft is no exception. Microsoft once solely focused on proprietary, closed software. Now it embraces Linux, an open-source operating system, and a significant competitor. For those looking to run Linux on Hyper-V, that’s good news. Not only does it mean you’ll experience better performance, but it’s proof positive that things are changing.

Why Run Linux on Hyper-V? 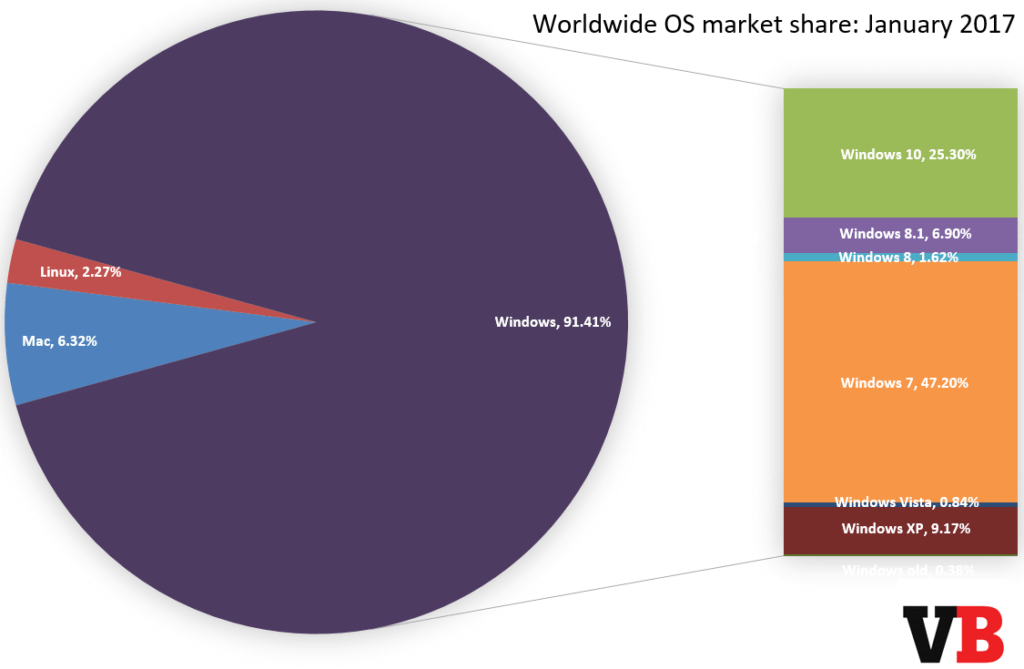 A couple of years ago, there were a plethora of online articles about the problems related to running virtual Linux guest systems in a Windows-hosted environment. In fact, Linux’s history with Microsoft is fairly short—up until recently, anything other than Windows was simply not supported on Microsoft’s own hypervisor. Running Linux as a guest operating system on a Hyper-V VM was limited compared to the more advanced things you could do running Windows on Hyper-V, such as time syncing to the VM and copying/pasting between consoles. A Linux-Hyper-V combination was something to avoid, or, at least, a very large hill to climb.

But that has recently changed. Microsoft has begun to realize the value of choice and has steadily developed its support for open source software like Linux.

Today, Microsoft provides full support, and you can manage Linux-based VMs in the same way you manage Windows VMs. That’s great for virtualization admins for a couple of reasons.

Acknowledging the popularity of Linux and supporting it fully was a wise move on Microsoft’s part. It opens up all the virtualized workloads that are now running on Linux to the Hyper-V environment. A huge number of organizations use Linux servers, and with a lot of them also choosing open source solutions for their underlying operating system, having full support in place for Hyper-V will put Microsoft in a good position for future growth.

Hyper-V + Linux Limitations to Be Aware of

While Microsoft has solved a lot of the issues that were previously problematic in running Linux on Hyper-V, nothing is ever perfect. Two shortcomings of the current Linux/Hyper-V VM environment are:

Until next time, Rob……