Looking to take your on-premise data center or private cloud to the next level? Maybe you’re looking for a better way to allocate your infrastructure resources based on changing workload requirements. Or maybe you want to extend your data backup and recovery capabilities, or need a resiliency solution that is more cost-effective than the system you’re currently using.

Whatever your reasons, migrating to the public cloud has lots of advantages, including substantial cost savings, elasticity, and easy scalability. If you’re ready to take the next step, the question to consider is this: What cloud service should you go with?

Although there are several players in the Infrastructure as a Service (IaaS) space, the two major ones are Microsoft Azure and Amazon Web Services (AWS).

First, a quick history: Both Microsoft and AWS have been around a while, though not in the way we know them today. Amazon’s cloud has long supported the world’s largest online retail store, with a significant amount of computer power all over the world driving its content delivery network (CDN). But it wasn’t until 2006 that Amazon decided to rent out its computing power; today, AWS has dedicated data centers for just that purpose.

Microsoft Azure, originally known as Windows Azure, became commercially available in 2010, though apps like Hotmail and Outlook have been running on it since long before it was released publicly. (Ironically, Microsoft had a lot of its own applications on AWS for a while until Azure could handle them.)

The differences between AWS and Azure are few:

In essence, both Amazon and Microsoft are world-class service providers that offer all the necessary features for enterprise data clouds, which is why the battle between them has been so heated (and still continues without a clear winner). Both companies have powerful marketing engines behind them that aggressively promote their capabilities, making the differentiation between them even more difficult.

But the decision-making process has to start somewhere, so let’s take a look at two important areas that will help put some context around Azure vs. AWS: user interface (UI) and cost.

Azure Vs. AWS: A Comparison

UI might not be an obvious contender for other Azure vs. AWS “important differences” lists, but it should be. I can’t overstate the value of a good user interface in your daily interactions with the cloud portal. And while this might be a somewhat subjective category, I am definitely in camp Azure here.

Azure’s V2 portal is extremely well-designed. Take the Marketplace, for instance. The Marketplace—which is the app store for data center applications—has the potential to become cluttered and confusing in both Azure and AWS. But as you can see below, Azure’s Marketplace lists popular items and product categories neatly and concisely in a defined area. 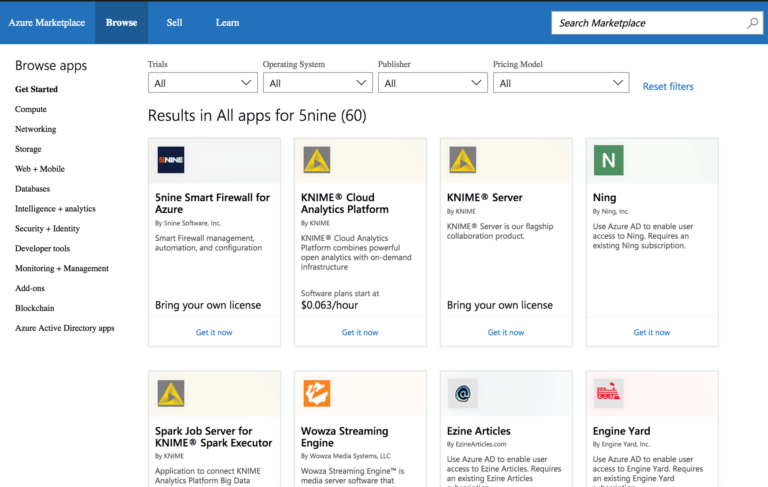 The subscribed services you use are clearly outlined, and notifications are readily accessible. Moving from screen to screen is intuitive, and you can close boxes and pin things to your desktop easily. In my opinion, Azure has a much more interesting, clean look compared to the AWS Marketplace. Azure’s dashboard can also be easily customized and built out in the way you like. 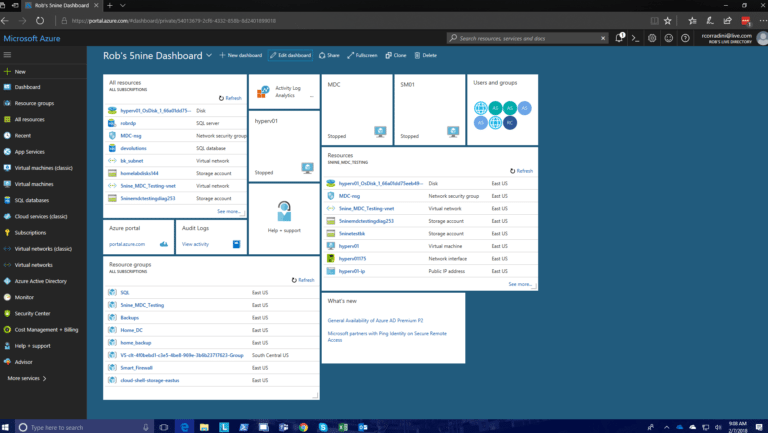 Cost is the primary consideration when choosing a cloud provider. But a 2017 report found that users have wasted an estimated $10 billion of cloud spend—in part because of the complexity of cloud pricing and billing. And while it may be a challenge to make sense of the discounting options, storage and bandwidth requirements, instance type pricing, and more, it’s worth delving into some of that early on so you can better allocate your resources and save money.

Both cloud providers use a “pay-as-you-go” approach on pricing (both have per-second billing) which means you pay only for the services you use. Both providers also apply volume pricing, so the more you use the services (based on users or other parameters), the less you pay. Additionally, long-term contracts are not required with either provider. In an effort to help sway decision-makers, both Azure and AWS allow potential buyers to test-drive their service and get familiar with their features.

Both AWS and Azure also provide cost reports that let you view and analyze the individual costs associated with using the cloud service. You can customize these reports to aggregate and display cost data in ways relevant to you (like hourly, daily, or storage costs only). Personally, I prefer the Azure cost analytics feature over AWS. As you can see in the screenshot below, the line-item detail makes it incredibly easy to tell exactly how much my database costs by the hour, and in the example below, by resource—database, computing, and storage. This allows me to see exactly where my resources are going and make informed decisions about allocating them going forward. 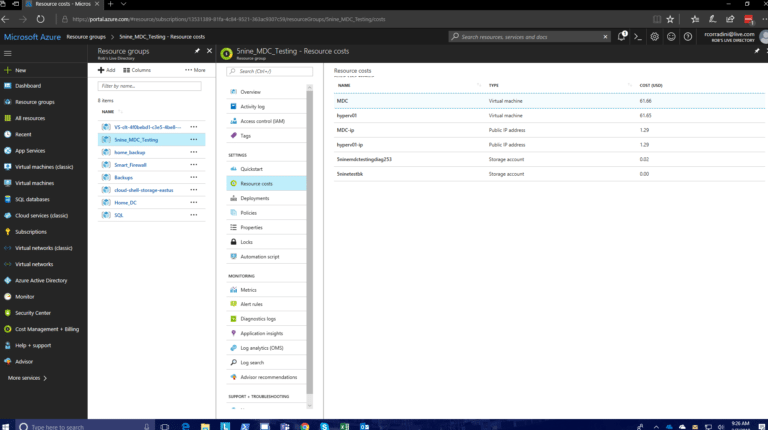 There is one deficiency for both services: the ability to accurately size your environment. Planning for infrastructure needs and sizing your resources appropriately based on users and data load—rather than using “standard” sizes—is one way to save money, but there’s still no good intelligence on the part of either provider to help customers deploy properly.

Keep in mind, too, that Azure vs. AWS isn’t necessarily an either/or decision. Some organizations leverage both AWS and Azure for peace of mind (though, in my view, that’s not really necessary because both solutions are highly resilient all over the world). If you’re still unsure which is the best option for you, consider trying both for a while as you ramp up, to see which one gives you the best return on your investment and has the features that are important to you. Good luck with your decision!