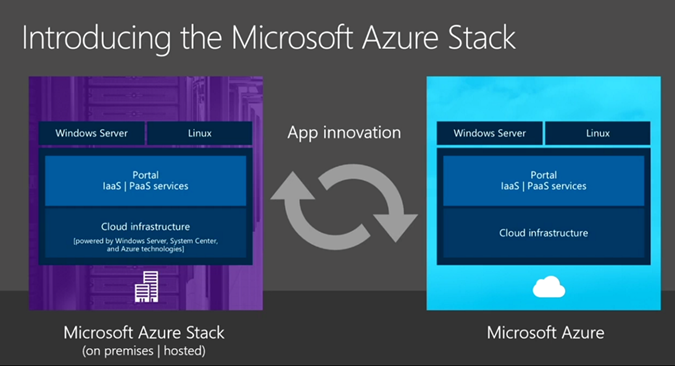 Change is in the air! I know that phrase is associated with spring, but I love the change of seasons, especially, winter, when days get shorter and I get to spend time in the snow with my kids. Every winter, I think I can rely on the patterns from the seasons before, but I quickly find I have to adapt to a new reality. For example, I live near Boston and just when I thought we would have a mild winter, mother nature strikes. One week its 50’s and the next we are in the middle of a blizzard. Changes and transformations are just another fact of life. 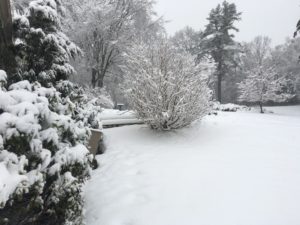 IT is going through a similar transformation. Over the last few years, there has been lots of buzz on the transformation in the industry to Hypverconverged and how that fits with cloud computing. The traditional model of IT is evolving to make way for agile, service delivery. Business units in pursuit of agility are looking for self-service approaches, with the promises of reliability, availability, scale and elasticity. This has been driving flight to the public cloud where developers and business units are going around good IT practices in order to innovate – often introducing risks to their companies that they were never held accountable for in the past and are not equipped to deal with today. In 2015, 40% of IT spending is occurring outside the IT organization, up from 36% in 2014 according to Gartner. There is a large opportunity for Corporate IT to embrace the new patterns as an alternative to “shadow IT.”

Corporate IT is still responsible for the impact applications make on a company’s operations and, often times, apps can’t move to a public cloud. Traditional IT makes large investments in datacenter hardware for scale, reliability and availability. Control of physical access & security, change configuration and bandwidth & latency minimize risk in the infrastructure. Yet these controls are not only expensive, but can also slow down innovation. Corporate IT needs to evolve to create private and hybrid cloud offerings that can support both traditional and cloud-born application models. There is a huge opportunity for IT to embrace and support the business transformation and improve business efficiency.

If you deconstruct Azure, or any public cloud, at the heart is a world-class datacenter with managed servers, storage and networking. Having a datacenter that is build on web scale methodologies is key. Azure Cloud, Amazon, Facebook all understand this. Operations and automation give the private cloud its heartbeat, as clouds require tight integration of servers, networking, storage and the OS. This is similar to the traditional physical datacenter you run today, but with Nutanix it is in a much smaller footprint, more efficient and agile datacenter. And while this infrastructure can reduce hardware costs and provide elasticity, and virtualization can help with mobility, it is the services and new development patterns that make it a hybrid cloud. A hybrid cloud provides self-service capability coupled with elasticity, scalability and automated management. Where traditional datacenters with 3-tier architecture are designed to minimize access and change, the hybrid cloud in general, and Azure in particular, is designed to encourage it between on premise and Azure Cloud.

This transformation begins with a fundamental change – presenting IT as a service. Traditional IT is based on classic distributed servers with strong regulation of users, limiting choice to manage risk and security. In a web scale infrastructure, most of these traditional business processes have to change to meet the customer’s desire to leverage on-demand services. One of the ways to meet these new customer needs is through next generation application support. This is where web scale infrastructure excel, providing quick application/service deployment, iteration and robust data to show business results. Moving forward, administrators need to not only control their infrastructure, but abstract applications through services providing flexibility to their business users.

I first learned of Azure Stack at a partner meeting just before MS ignite 15 was excited then to dive into a Technical Preview.  Finally, many, many months later, Microsoft released the first technical preview of its new Azure Stack offering on Friday for the world.

Azure Stack promises to broaden organizational access to Microsoft’s cloud services and tooling, and is aimed at organizations and service providers that can establish hybrid networks to tap Microsoft Azure services.
Getting the preview involves three steps, with downloads available at this page. There are hardware requirements to check and is limited to servers that can run Windows 2016 and support Hyper-V Virtualization. Some requirements include:

Lastly, there are even more downloads required to support the tools and PaaS services used with Azure Stack.

Microsoft claims that with Azure Stack, it’s the only company bringing its “hyper-scale cloud environment” to organizations and service providers. Top Microsoft executives Mark Russinovich and Jeffrey Snover talked more about Azure Stack in a Web presentation on Wednesday, Feb. 3. Check it out.

Microsoft’s current solution around on-premsis Azure is Windows Azure Pack, which is the supported approach currently for tapping Azure services in customer datacenters. It depends on using System Center and Windows Server 2012 R2. However, Windows Azure Pack is not as complete as the emerging Azure Stack and was Microsoft’s first attempt around private cloud solutions. Check out my series on Windows Azure Pack!
With Azure Stack, Microsoft is promising to deliver consistent APIs for developers.

That’s possible because its Azure Stack portal, a Web-based solution, uses “the same code as Azure,” according to Microsoft. Microsoft is also promising that scripting tools for management, such as PowerShell and command-line interfaces, will work across Microsoft’s Azure cloud computing services as well as local datacenter implementations of Azure Stack.  System Center isn’t required for management. Instead, the Azure Resource Manager solution is used.

Azure Stack is only available testing right now. Rollout is planned for Q4 of this year. However, the complete solution won’t all be there at “general availability” (GA) product launch. A white paper on Azure Stack, accessible via Microsoft’s announcement, showed the parts that won’t be ready at GA launch:

Azure Stack services at general availability, along with services at preview (indicated by asterisks).

As discussed in a previous blog post that was written shortly after MS ignite 15, Azure Stack is a collection of software technologies that Microsoft uses for its Azure cloud computing infrastructure. It consists of “operating systems, frameworks, languages, tools and applications we are building in Azure” that are being extended to individual datacenters, Microsoft explained in the white paper. However, Azure Stack is specifically designed for enterprise and service provider environments.

For instance, Microsoft has to scale its Azure infrastructure as part of operations. That’s done at a minimum by adding 20 racks of servers at a time. Azure Stack, in contrast, uses management technologies “that are purpose-built to supply Azure Service capacity and do it at enterprise scale,” Microsoft’s Azure Stack white paper explained.
Azure Stack has four main layers, starting with a Cloud Infrastructure layer at its base, which represents Microsoft’s physical datacenter capacity (see chart).

The stack also contains a Unified Application Model layer, which Microsoft describes as a fulfillment service for consumers of cloud services. Interactions with this layer are carried out via Azure Resource Manager, which is a creation tool for organizations using cloud resources. Azure Resource Manager also coordinates requests for Azure services.

Lastly, the Developer and IT Pro Experiences layer at the top of the heap provides a consistent user interface via a Web portal. That’s done using a “consistent cloud API.” This layer also supports a common management tools use capability.
Microsoft has said, Azure Stack will “run on the stripped-down Nano Server implementation of Windows Server [2016]” and any patches or updates will happen by doing clean installations of the hypervisor and Nano Server configuration. Microsoft is still working out the update frequency for Azure Stack, and recognizes that hourly or daily updates are too often, but annual updates would be too slow.

That being said, Azure Stack will get lots of updates over the next year or so. Organizations or service providers running it should “expect to implement updates more frequently than with traditional software,” Microsoft’s Azure Stack white paper advises.
Microsoft plans to gradually add all Azure services to Azure Stack. Currently, at this technical preview, Microsoft has made capabilities available that organizations can download and deploy onto the Azure Stack Technical Preview, including an updated Azure SDK, a Web Apps capability in the Azure App Service, SQL and MySQL database resource providers, and Visual Studio support.  Microsoft has said that this first Technical Preview  represents just the first installment of a continuous innovation process planned for Azure Stack, which will eventually lead to enterprise customers being able to fully deliver Azure services from their own datacenters. However, Microsoft said that the three PaaS resource providers it has now delivered, for Web Apps SQL and MySQL, are still only at the early preview stage.

“Each service in Azure is a candidate for being distributed through Azure Stack and we will listen to customer input and consider technical feasibility in determining the roadmap,” Microsoft’s Azure Stack white paper explained.

Azure Stack is obviously going up against the likes of OpenStack, the open source enterprise cloud computing platform that now has the backing of everybody from Rackspace, HP Enterprise and IBM, as well as a thriving startup ecosystem. Microsoft clearly hopes that its hybrid story will allow it to position Azure Stack as a viable alternative against this quickly growing open source competitor.

In many ways, Azure Stack is the logical next step in Microsoft’s overall hybrid cloud strategy. If you’re expecting to regularly move some workloads between your own data center and Azure (or maybe add some capacity in the cloud as needed), having a single platform and only one set of APIs across your own data center and the cloud to work with greatly simplifies the process.

I am still in the process of deploying and reviewing Azure Stack Technical Preview in my lab, but wanted to give everyone an understanding of what Azure Stack is and where it is going.  My review will be coming over the next few weeks…Stay tuned.
IMO… This year will be a significant milestone in helping customers meet their agile development (DevOps) needs while providing the control corporate IT requires by bringing the power of Azure to your on premise environment..

Until next time, Rob.