I started with Nutanix about 1 month ago and concurrently began my Nutanix training which entails going through the NPP (Nutanix Platform Professional) training course. I will be posting a series of blog posts on my learning track with Nutanix and will eventually tie it all together with the Microsoft Stack. My track commenced about 2 weeks ago and I have keep detailed notes on my learning progress. My plan is to post every few days in a multi-part series.

Background: The Nutanix solution consists of the “Nutanix Virtual Computing Platform” which delivers enterprise compute and storage through the deployment of commodity computing hardware (called nodes) which run a standard hypervisor and the Nutanix Operating System (NOS). Each server contains Intel processors, memory, solid-state drives and traditional hard drives, and when added into a cluster, aggregates storage resources into a single storage pool. The technology is called Hyper-Convergence. I will get into the weeds of this in a later post.

My first training module was Nutanix Terminology. Understanding the terminology is important.  There are too many variants and interchangeable terms, which people get confused with talking at the compute layer versus the hyper-visor layer. Let put some clarity around the issue and IMO. The Nutanix terminology should be a standard in the industry.

Node: The Foundation Unit of a Nutanix Cluster.  Each Node runs a standard hypervisor and contains processors, memory and local storage, which is made up of both SSD and HDD Storage. The term “Node” is interchangeable with the term “host”, whether you are in Hyper-V or ESXi.

Block: A Nutanix rack-able Unit containing up to 4 nodes. This is one of the great pieces of the Nutanix solution.  You can fit up to 4 Nodes in a 2 U space.  If you compare to traditional solutions, 4 nodes with storage would be in a much larger footprint. 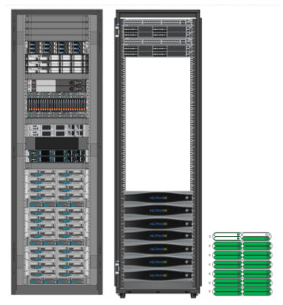 Cluster: The set of Nutanix blocks and nodes that forms the Nutanix Distributed File system (NDFS). A minimum of 3 nodes form a cluster.

Example of a Nutanix Cluster

Storage Tiers: Storage tiers are made up with a combination of SSD and HDD drives. We have a technology called MapReduce. MapReduce tiering technology ensures that data is intelligently placed in the optimal storage tier – SSD or HDD to yield the best performance. The most frequently accessed is available in SSD or cache tier and is demoted into higher capacity HDD tier as data becomes cold. So, as you can see with this type of tiering technology performance goes through the roof. 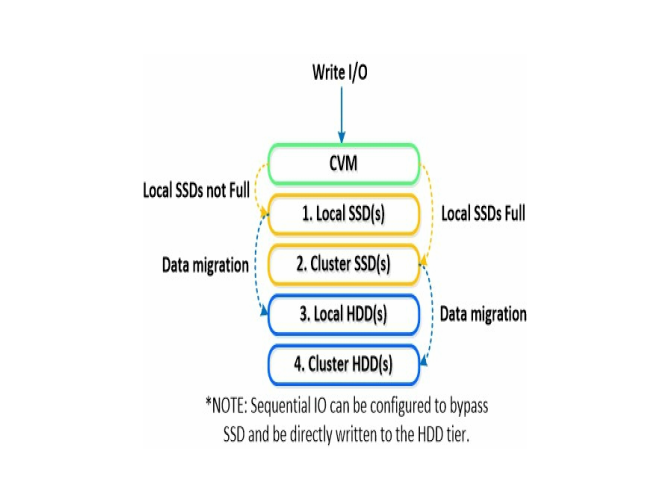 Summary
Today, we learned some of the basic blocks of the Nutanix solution, as you can see, this is mind shift of our traditional architecture. For Microsoft workloads, like SQL and Exchange, this is a win/win, as we need all the IOPS we can get….
This is the first post in a series of posts around my journey learning with Nutanix. I will try to keep the blog posts palatable. So join me in my journey to learn about the next generation data center technology and see how you can bring WebScale in your life.
Next up…Nutanix Terminology – Part 2